Home Security: Tips for Securing Your Home That Are Not Well Known

A while back I had the unfortunate experience of having my home burglarized.

I thought my home was pretty safe:

But in spite of all that, my front, side door (next to the garage, but on the front of the house) was kicked in at 2:25 p.m. on a school day…in the middle of the afternoon! I always thought break-ins happened at night! But here’s what I found out when I researched home security.

Your Door Is Easy to Kick In

When I researched how to prevent break-ins, I came across some interesting facts that I did not know. One of the best articles on home security  that I read was “Home Security: Burglary Prevention Advice” by Chris E McGoey, CPP, CSP, CAM at  http://www.crimedoctor.com/home.htm

That article points out:

“The most common way used to force entry through a door with a wooden jamb is to simply kick it open. The weakest point is almost always the lock strike plate that holds the latch or lock bolt in place followed by a glass paneled door. The average door strike plate is secured only by the soft-wood doorjamb molding. These lightweight moldings are often tacked on to the door frame and can be torn away with a firm kick. Because of this construction flaw, it makes sense to upgrade to a four-screw, heavy-duty, high security strike plate. They are available in most quality hardware stores and home improvement centers and are definitely worth the extra expense. Install this heavy-duty strike plate using 3-inch wood screws to cut deep into the door frame stud. Use these longer screws in the knob lock strike plate as well and use at least one long screw in each door hinge. This one step alone will deter or prevent most through-the-door forced entries. You and your family will sleep safer in the future.”

So now I tell all my friends, family, clients–EVERYONE!–that they need to secure their strike plates with 3.5 inch screws. It doesn’t matter how good your lock is, if all a thief has to do is kick in the door and bust the doorjamb! These screws are inexpensive and easy to install no matter how “tool challenged” you may be. (Read Consumer Reports article) 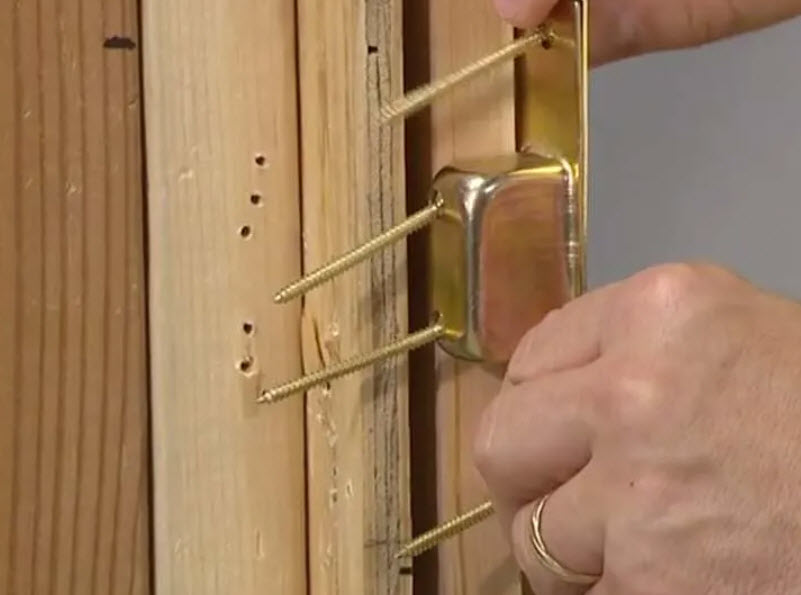 The second thing that I did to improve home security, was to replace my double-key locks with The Ultimate Lock which was designed by a former Houston police officer and are made right here in Fort Bend County! These things are incredible. They have a safety pin which, when pushed in, prevents even a person with a key from unlocking the door. You can buy them at Lowes for about $180 each.

NOTE: The only thing that I don’t like about these locks is that they are not double-key locks…so if your door has glass around it, you will need security film to prevent a thief from breaking the glass to unlock the door (see below).

Even if you don’t install the Ultimate locks, you should at least add a “landlord lock” to your exterior doors. These are locks without keys that protect you when you are inside the home…so they are used for preventing home invasions. I buy these off of Amazon and install with 3.5″ screws. 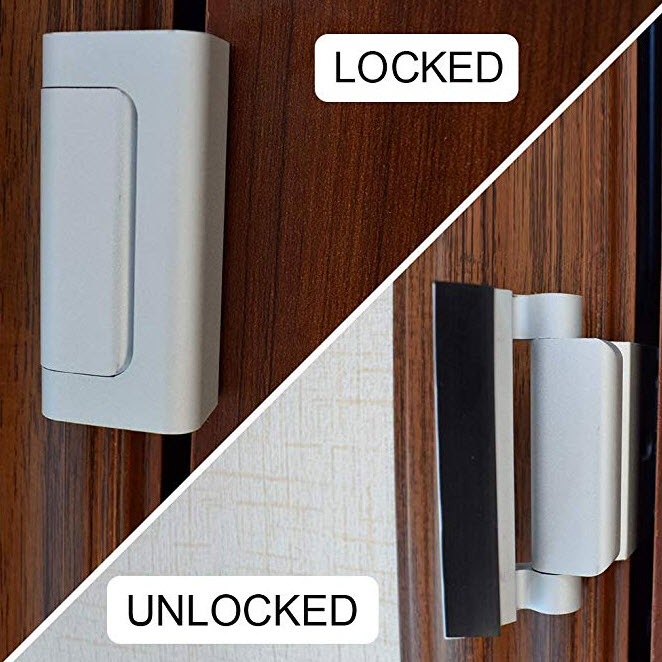 Security Film for Windows Is Incredible

Another thing that I learned about home security is that if they can’t kick your door in, then they will probably “smash and grab” a window…most likely a master bath or master bedroom window, because most people keep their valuables and prescription medication in the master bathroom or closet. I am good friends with two police officers who have security film on their windows to prevent this. Plus, I asked a Fort Bend Sheriff’s deputy to give my house a security audit, and he too has security film on his home windows. That’s 3 out of 3 police officers that I know who have security film on their own homes. So I contacted Steve Meyer, at SunTech Glass Tinting, to install security film on my windows too…especially all the windows next to my doors and locks!

There are many different brands of security film, but you have to check out a video demonstration to believe it.

You can search on YouTube for “security film for windows” and see lots of different demonstration videos. The cool thing about this stuff, is not only does it improve the security of your home, it’s also a layer of protect from flying debris…say, during a hurricane. I think…that’s good…one less thing.

Guide to Katy’s Best Neighborhoods
Free 200+ guidebook to find the best Katy neighborhood for you!

If you are moving to Katy TX and need help finding the perfect home, then you will want to download the Katy Neighborhoods Guide. This 200+ guide lists all of the best Katy neighborhoods, and Katy schools (with ratings), as well as information about the local area expert (Katy real estate agent), Sheila Cox REALTOR. You can also read about Katy vs Sugar Land on my website and get Katy Homes for Sale organized by neighborhood, high school, price, type, etc.

Get the Best Agent for Your Most Important Investment!

Keep up with the market…